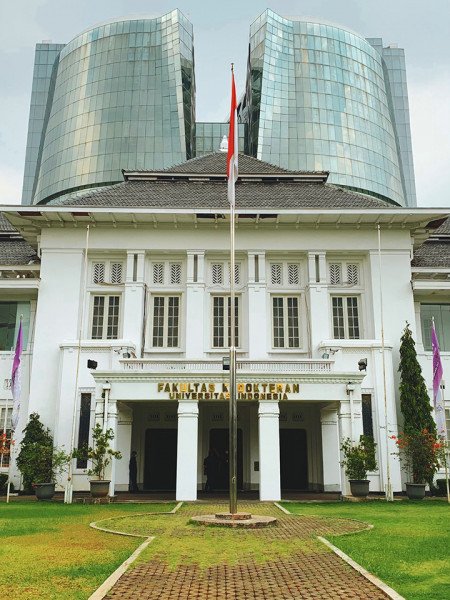 Salemba is a strategic area located between Jalan Kramat Raya and Jalan Matraman Raya in the Senen District area. Salemba is one of the roads built by Governor General Daendels in the 1800s.

At that time, Salemba was located on the border between the cities of Batavia and Meester Cornelis. Its territory stretches from Ciliwung River in the west to Sunter River in the east, from Sentiong in the north to Solitude's private cinnamon grove in the south.

This is where famous university buildings stand, one of which is the UI Salemba campus which houses the faculties of medicine, engineering, law, economics, cultural science, and so on. Therefore, this area is very appropriate for a residential location while studying at UI.

Apart from the easy access to campus, there are other advantages if you choose to live in an exclusive kost at Salemba. With its location close to the border between North Jakarta and Central Jakarta, there are many interesting things that you can get around the neighborhood.

Salemba Street has 2 strategic intersections, namely the Diponegoro intersection from the HI Roundabout, Thamrin and another between Matraman and Pramuka Raya roads. You can go to various main areas via the intersection.

For transportation options, Jalan Salemba is traversed by the TransJakarta corridor 5 with the Kampung Melayu - Ancol route. The bus stops on this road are located around Carolus Hospital and the UI campus. Meanwhile, KRL access can be reached from the nearest station in Kramat, Sentiong, or Cikini.

chat with us to find your perfect home